2.5.x can backup Linux clients (via dattobd only). The use case is e.g. backing up a DigitalOcean instance. It is explicitly not to create image backups of all possible configurations e.g. LVM, mdraid, btrfs, …
It can “live restore” a root volume, i.e., overwrite the root volume of a currently running machine. So one can image backup e.g. a DigitalOcean droplet. To restore create a new instance (tested with Debian 10/buster) then run the restore script which overwrites the current instance with the backed up instance using a trick to put the currently running system files into (compressed) memory.
Dattobd supports Changed Block Tracking (CBT), so image (and file) backups are done with CBT.

Just installed the beta update on a Windows 2012 server.
Seems like I’m running into the same problem than stated here : Server 2.5.4 WIP/Client 2.5.2 WIP

Most of my clients lost their archive settings, and they also try to backup another folder than the folder specified in the settings of their parent groups.

Got the same issue:

Client version: 2.4.10-cbt
The issue seems to be independent of the clients: I’ve restored a backup of the UrBackup Server to a testing environment without any network connection and reproduced the bug.
Unfortunately, nothing is shown in the logs (debug level).

other steps tried so far without success:

client1 with new config buttons right away after update to 2.5.6 beta: 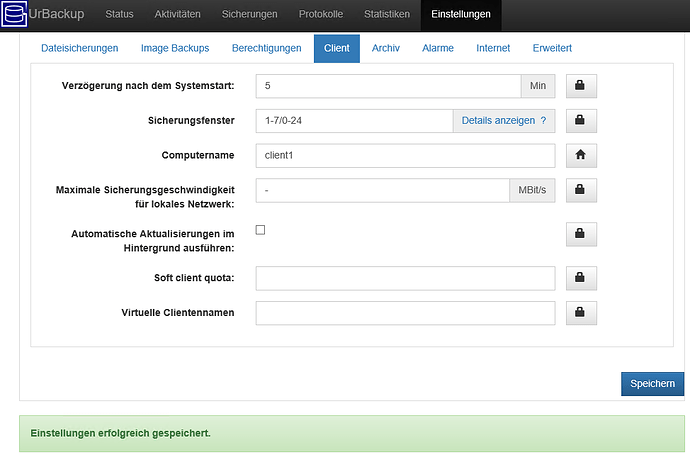 client2 does not show the new config buttons after update to 2.5.6 beta: 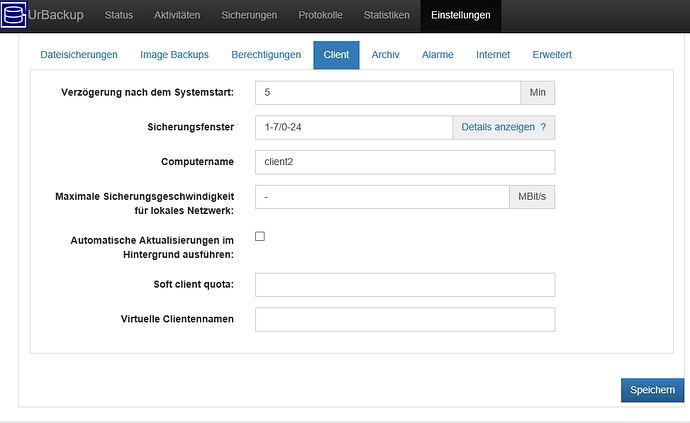 after hitting save for the first time, the new config buttons appear but the interface is locked and settings are not saved: 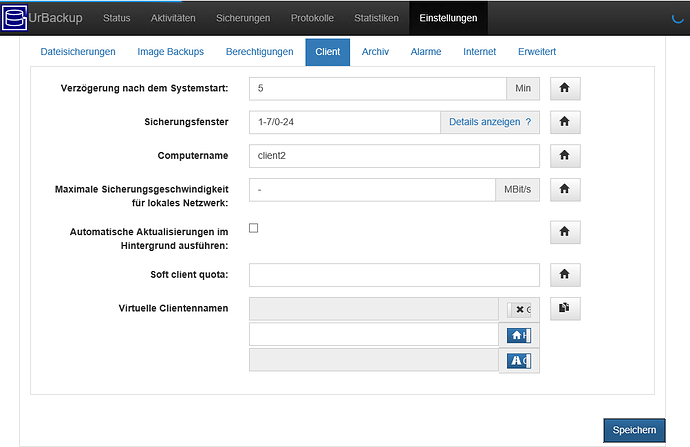 If you are getting javascript errors on the web interface, please open the web developer console (CTRL+SHIFT+I) and copy+paste errors from the console here. Thanks!

Digged a bit deeper:
restored backup of Server 2.4.12 and created 5 new clients before trying to update to 2.5.6 beta.

Results after updating to 2.5.6 beta:

not able to save settings (js error):
“clientSeparateSettingsNoChanges”: client created and separate settings activated but no settings were changed

result:
The bug occurs as soon as separate settings were enabled once.

There is another null exception when loading a config page of client which got separate settings enabled once. Only the first new redesigned config button is shown (see screenshots below). 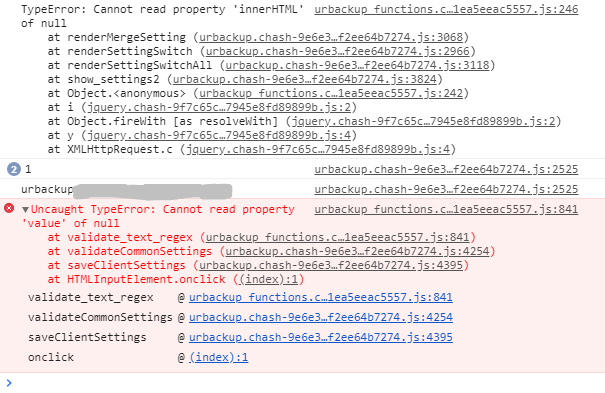 Perhaps 2.5.7 fixes some of the settings issues.

Seems to be ok on github, but probably not up to date yet.

Sorry, should be fixed now.

Yes, everything is working as expected with Server 2.5.8 beta so far. Many thanks for your great work!

There might be another bug in current 2.5.x beta:
After the update, sending notification mail fails:

Steps tried so far: reset all mail config without success.

This is a curl test mail.

I’ve looked through the code for changes to “ssl_only” switch. There was only a minor change on 2020/01/13 when implementing smtps:

I’d say both statements evaluate to the same and therefore shouldn’t matter.

Any further ideas, e.g. is it possible to enable curl verbose logging in UrBackup?

Ok, so AWS SES (luckily) requires STARTTLS, but the new Windows cURL was accidentally compiled without SSL support. The new version fixes this and improves the error handling so this doesn’t occur again.

This could be classified as a security issue because it results in unencrypted connections, but the cURL with missing SSL was only used in the 2.5.x betas.

Tested and working: 2.5.9 brings back STARTTLS.
Thanks for the fix!

I’ve been doing quite a bit testing and maybe there is some minor inconsistency with the new settings handling:

2.) On config page “Alarms” only the first field is inherited. All others don’t show the new settings button. 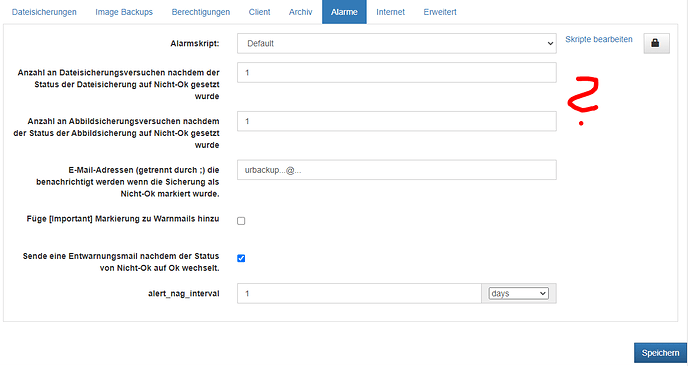 2.) On config page “Alarms” only the first field is inherited. All others don’t show the new settings button.

It’s the switch for all settings (since alert settings are customizable it is internally a single setting). Maybe I’ll add a separator or something to make that more clear. And maybe have the single settings have switches in a future version but that is a lot of work…